What kind of problems does adenoid enlargement cause in children? 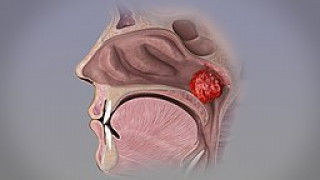 Instead of protecting health when the adenoid grows, on the contrary, this time it causes serious health problems .   may cause.

Do not hold your breath for a few seconds during sleep.

The enlarged adenoid can sometimes become a recurring focus of infection rather than being protective.

The Eustachian canal, which ventilates the middle ear and equalizes the pressure with the external environment, opens to the back of the nose, that is, to the nasal cavity . Enlarged adenoids and chronic inflammation of the adenoids called adenoiditis disrupt the function of the straighter and shorter Eustachian canal in children, resulting in frequent recurrence of infection in the middle ear.   It can also lead to fluid accumulation. If this problem lasts for a long time, it can cause permanent hearing loss.

Some of our sinuses complete their development in childhood. In order for this development to be healthy, the child must breathe through the nose. If no measures are taken in the long term, the enlarged adenoids may disrupt the ongoing development of the sinus and palate in children, causing problems such as high palate, forward growth of the upper jaw, flattening of the nasal root, and deterioration of the tooth structure.

Obstructive adenoid enlargement impairs sleep quality and prevents children from falling into deep sleep. It can cause concentration problems and daytime sleepiness in children who do not get enough rest.

Especially in children with apnea, insufficient oxygenation at night and decrease in growth hormone secretion as a result of deterioration of sleep quality may cause growth and development retardation . Difficulty in breathing while eating leads to feeding difficulties and thus insufficient calorie intake .

Is there anything you want to ask? Please do not hesitate to contact us.

Personal data is processed through cookies on our website, and the necessary cookies are used for the purpose of providing information society services, other cookies, if you give your express consent, to make our site more functional and personalize (except for your privacy preference, remember your other preferences when you enter the site again) in line with promotional/information activities for you. shall be used for limited purposes. It is possible to manage your preferences for cookies through the panel, and to access the lighting text: https://guzinakkuzu.com/pages/cerez-aydinLAMA-metni

Functional Cookies: These types of cookies are used to make our website more functional and personalize it (to ensure that your preferences are remembered when you re-enter the site). These cookies are first party and are kept on your device for 90 days.

Cookie Settings from Browser Settings You can change your preferences for cookies at any time by clicking the icon on our website. Turn the buttons on the cookie management panel on or off according to your preference and click on the "Save settings" button. Refresh the page to activate your settings. In addition, partial control can be achieved through browser settings. You can access information on the management of cookies in frequently used browsers via the following links:

This clarification text is provided by Op. Dr. Prepared by Hatice Güzin Akkuzu.

On our website, Op. Dr. When you request an appointment to receive health care from Hatice Güzin Akkuzu, your identity information in the form of your name and surname and your contact information consisting of your phone number and e-mail address are processed in order to provide the necessary organization for the appointment.

Provided that your personal data mentioned above is directly related to the establishment or performance of a contract specified in Article 5 of the Law, it is necessary to process the personal data of the parties to the contract and the data processing is mandatory for the legitimate interests of the data controller, provided that it does not harm the fundamental rights and freedoms of the data subject. processed by automated means.

The personal data in question are transferred to the authorized legal entities that process data, from which we receive services, in order to provide the appointment organization for the provision of health services.

We attach importance to the privacy and security of your personal data, and act sensitively in accordance with the Law and applicable legislation.

Your requests within the scope of Article 11 of the Law, which regulates the rights of the person concerned, can be sent to QBMED Plaza, Işıklar Caddesi, Küçükbakkalköy Mah. No:37 Kat1 M:109 34750 Ataşehir/İstanbul in writing.